The circuit for the selection of the sixteen SRAM bank is done.

This system is able to select the sixteen 2Kb equivalent space memory of my auto-saved memory : 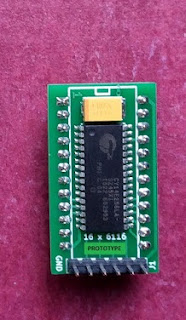 To reach this goal, I used a totally new microcontroller for me and Chinees brand. This microcontroller is unlike any of those known in Europe or the USA. But I like testing new solutions... To work with this new I.C., there is an emulator that can be used to prototype the concept : 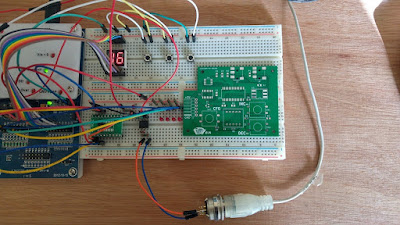 As usual, when the program 'looks' good, it's time to burn the software into the microcontroller. This microcontroller is not in-circuit programmable and does not offer the in-circuit emulation. It's a little limitation to its use, especially for complex systems. But the emulator supports the real-time mode. In the same way, the programmer does not allow to directly burn the type of microcontroller used, it is necessary to make a small assembly : 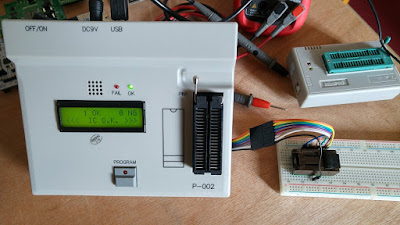 But, again, it works very well : 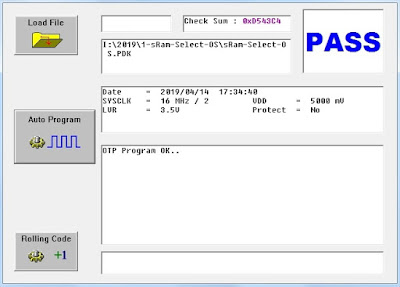 Once the program is written into the microcontroller, it remains only to solder it on the final board and to test the final assembly : 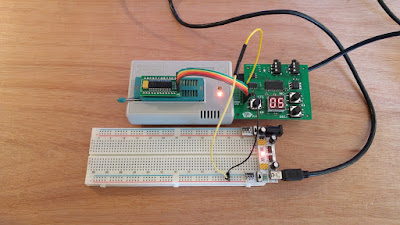 The system works perfectly and I was able to test the access to all the banks in the memory, thanks to the use of the test mode of the Mini-Pro 'universal' programmer.

Now, the next step is to install the complete system into the JX-8P, for example...